BUSINESS IS BOOMING FOR MELBOURNE EXCAVATORS

Business is booming for Sean Reilly’s excavation company so he recently upgraded his Kobelco excavators with his dealer Melbourne Tractors.
Reilly Excavations was established a few years ago when owner Sean saw an opportunity to join a booming part of the building industry. He’s been in the building game for 25 years with 10 years as a carpenter followed by 15 as a builder.
“I don’t make a big thing of it, but my customers are always very happy when they realise I’m a builder by trade. They can have the confidence that we can handle complex jobs without being closely supervised. We’re also great at problem solving.
“We recently bought three new Kobelco excavators – SK30SR-6, SK85MSR-3 and SK135SR-5 and they are constantly in use. I’ve only ever owned Kobelco equipment because it’s so reliable and fuel efficient. I think you should stick with what you know. When I started my excavation business a friend recommended Kobelco and that advice has held me in great stead.
“The guys at Melbourne Tractors led by Matt have always looked after us so well. It’s nice to work with a company where everyone knows your name, and nothing is too much trouble,” Sean said.
Reilly Excavations employs three full-time staff and operates in south eastern Melbourne, an area where the building and construction industries are booming. As well as the Kobelco excavators Sean has several trucks and a tracked loader that complete his fleet.
“We often have to work on very tight sites where access is really difficult, like a current job where we’re working in Mordialloc. On this job we’re using the 13.5 tonne Kobelco excavator which has a compact radius. It can pretty much turn on its own axis, and the lift boom moves above the cabin with ease.
“Each of our Kobelco machines has great attributes that work on different sites and they are constantly in use. There’s plenty of work around, and for the quieter times I’ve worked hard to develop relationships with other excavation companies so we can help each other out,” Sean said. 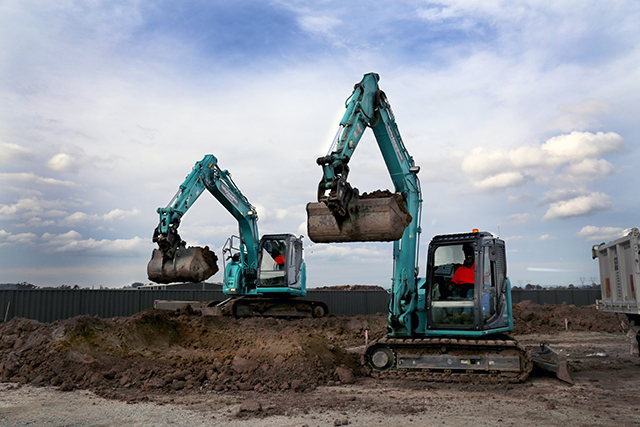 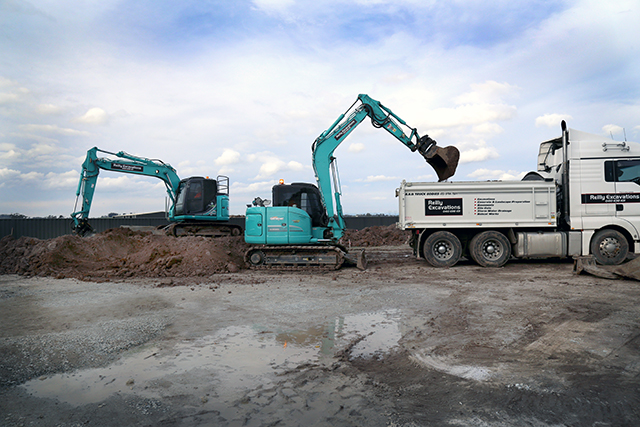