When a new residential area is developed, the individual contract work sections are often very detailed. Roads and paths have to be paved and access roads to the individual plots constructed. The various traffic areas are often separated by concrete structures such as kerbs. These can be either pre-cast parts or monolithic profiles produced right on the job site by Wirtgen inset/ offset slipform pavers.
The construction company Ammons & Blackmon Construction LLC decided to take the second option. The company’s SP 15i has produced hundreds of running meters of kerbs in a newly-developed residential area in Mobile, located in Mobile Bay on the Gulf of Mexico – working in both tight and wide radii as well as different heights and widths. Cost-effective as this method is, one time-critical and quality-sensitive issue usually remains to be dealt with – tensioning string lines. The new-build project in Alabama shows that this job can also be dispensed with, since in this case, an SP 15i produced all kerbs fully automatically.

SP 15i is compatible with common 3D control systems

As is often the norm in many new-build projects, a 3D digital terrain model was available at the Mobile job site. The great advantage of the SP 15i: thanks to its certified standard interface, the concrete paver can also be equipped with 3D systems of other leading suppliers alongside AutoPilot, Wirtgen’s 3D control system. The data are transmitted to the machine via a 3D interface, and various systems such as the RTK GNSS receiver or automatic total stations are employed during paving. The sensors mounted on the machine permit precise measurement while the machine is in operation. These systems constantly check that the specified and actual values of the paving parameters correspond. If no 3D digital terrain model is available for a project, users can also enlist the aid of Wirtgen’s AutoPilot Field Rover and create a new digital data model directly on the job site.

When working in the small town of Mobile, the paving team of Ammons & Blackmon Construction LLC had to switch between different work sections several times in every work shift. It was therefore obvious that dispensing with time-consuming surveying, tensioning and checking of string lines would greatly increase the profitability of the project. The supply of material is a much simpler affair, too, as lorries can quickly reach the SP 15i and drivers do not have to be on the lookout for tensioned string lines.
An additional feature of the slipform paver itself also supported particularly speedy progress – the trimmer. This unit levels the base to ensure optimum paving. The trimmer drum design is based on Wirtgen milling technology, one of the company’s core competencies. The telescoping trimmer with its helically positioned point-attack cutting tools guarantees uniform profile paving – in a single pass.


Inset/offset slipform paver demonstrates its extreme versatility
The project in Alabama also testified to the wide range of monolithic profiles that the SP 15i can produce with its many standard and special profiles for offset paving. In Mobile, alongside the conventional kerbs, the to-do list included a number of contract work sections that are typical for the United States – including kerbs with integrated gutters, flat gutters between private driveways and public roads that can be driven over as well as complete footpaths. The slipform paver placed the concrete with a width of 0.3-1.8m and a height of 15-30cm.

Further development: The Wirtgen AutoPilot 2.0
Greater paving precision at lower costs: now further advanced by Wirtgen, AutoPilot 2.0 can be used with the SP 15i and SP 25i models to create all manner of offset and inset profiles with even greater efficiency and precision. To this purpose, the 3D system either uses a previously created data model or a new digital data model is produced on the job site – a simple task with the Field Rover survey pole. The AutoPilot 2.0 software automatically checks the imported or newly-created data for any kinks affecting the steering and grade control. The user can correct unwanted kinks in the model data directly on the tablet with the aid of graphic editors. 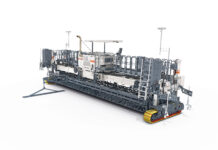 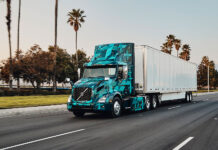 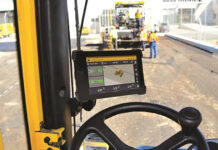 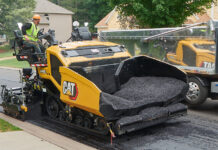 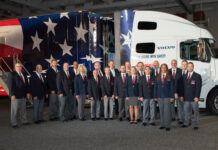 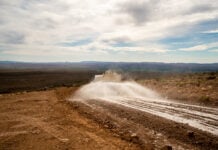 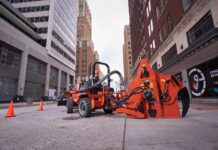 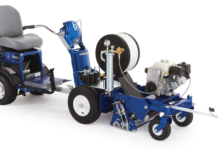 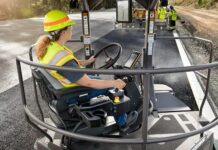 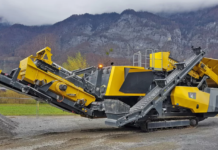