Australia ramps up its sugar trade dispute with India 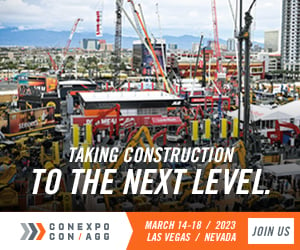 Australia has joined forces with Brazil and Guatemala taking on India in a sugar cane subsidy dispute.

The Indian subsidies have led to a significant downturn in the world’s sugar prices hitting a decade low of 9.83 US cents a pound in September 2018. The price last week wat US12.38c/lb.

In February 2019 Australia launched formal consultations with India in an attempt to stop the subsidies. India refused to budge.

Australia, Brazil and Guatemala have now joined forces to ask the World Trade Organisation (WTO) to set up a dispute resolution panel to investigate whether India has breached its global trade obligations.

“The longer these unfair subsidies continue, the greater the impact will be on our hardworking Australian cane growers and millers and regional jobs they create.”

“If it played by the WTO rules it committed to, India could make two important changes. It would drop its use of export subsidies and link sugarcane prices to sugar prices,” CEO of the Australian Sugar Milling Council David Pietsch.

“WTO rules are of little use if they are not enforced. We applaud Australia, Brazil and Guatemala for taking this action, standing up for our efficient sugarcane industries.”

According to National Farmers’ Federation’s  President Fiona Simson, sound trade agreements are essential for Australian agriculture to reach a farm gate output of $100 billion by 2030.

“The Government has finally sent a clear message in support of our $100 billion vision and have said enough is enough, we won’t stand by and continue to see markets distorted,” she said.

“The WTO rules allow market price supports of up to 10 per cent of the total value of production, but the Indian payments in recent years have been almost as high as 100 per cent.”

Despite these disagreements Mr Birmingham  has emphasised that Australia’s relationship with India remains strong.

“Australia’s relationship with India is strong and it shows how valuable the trading system is that even close partners with good relations can utilise WTO processes to address trade disputes,” he said.