Construction Inc. Opts for the Liebherr 125 K Crane for the Construction of an Eight-Story Residential Building

Manitowoc To Showcase the Shuttlelift Crane SCD15 at the ARA Show

Autodienst Eineder has taken delivery of a new Liebherr LTM 1250-5.1 mobile crane. It will replace an older 220 tonne crane in the Bavarian company’s fleet. The high performance and compact dimensions of the new 250 tonne crane and the possibility of obtaining road licences for 5-axle mobile cranes quickly in Bavaria were major criteria behind the decision.

The LTM 1250-5.1 has been one of the most in-demand telescopic mobile cranes from Liebherr for a number of years.

“We decided on the LTM 1250-5.1 because it is one of the most powerful 5-axle cranes on the market and can travel on public roads with a gross weight of just 60 tonnes. This enables us to obtain road licences more quickly in Bavaria than is possible for a 6-axle crane in the same lifting capacity class. The crane has a 60 metre boom and 88 tonnes of ballast and delivers significantly higher lifting capacity values than other 5 or even 6-axle models, which have less ballast or a longer telescopic boom.”

Powerful and compact on five axles In the development of the LTM 1250-5.1, Liebherr followed the concept of achieving maximum lifting capacity from the available weight of a 5-axle mobile crane. The result is that it can carry out a whole host of crane jobs which previously would have required a 6-axle mobile crane. The shorter design of its chassis also delivers benefits on restricted sites. Another great help in this respect is VarioBallast, a Liebherr system, which was an additional factor behind Eineder’s decision to buy the new crane – the LTM 1250-5.1 can be operated with two different ballast radii, 5.58 m or 4.78 m. The ballast radius can be reduced by 800 mm quickly and easily using standard mechanically slewing ballast cylinders if things become particularly tight on site. The crane achieves its maximum lifting capacity with the large radius. Transformer stations and aircraft “The main areas of use for the new crane include transport and loading and unloading transformer stations weighing up to 72 tonnes”,

“We decided to buy from Liebherr again because of the reliability of the cranes as well as their modern technology and the fact that they retain their value so well.”

2/3 The LTM 1250-5.1 was able to demonstrate its abilities just one day after the delivery of the new crane – it hoisted a Torndao jet weighing 20 tonnes at Airbus in Manching onto special dampers for testing vibrations. Due to the limited height of the ceiling, however, the LTM 1250-5.1 was unable to increase its radius by luffing the boom, and instead had to telescope the full load of the aircraft. 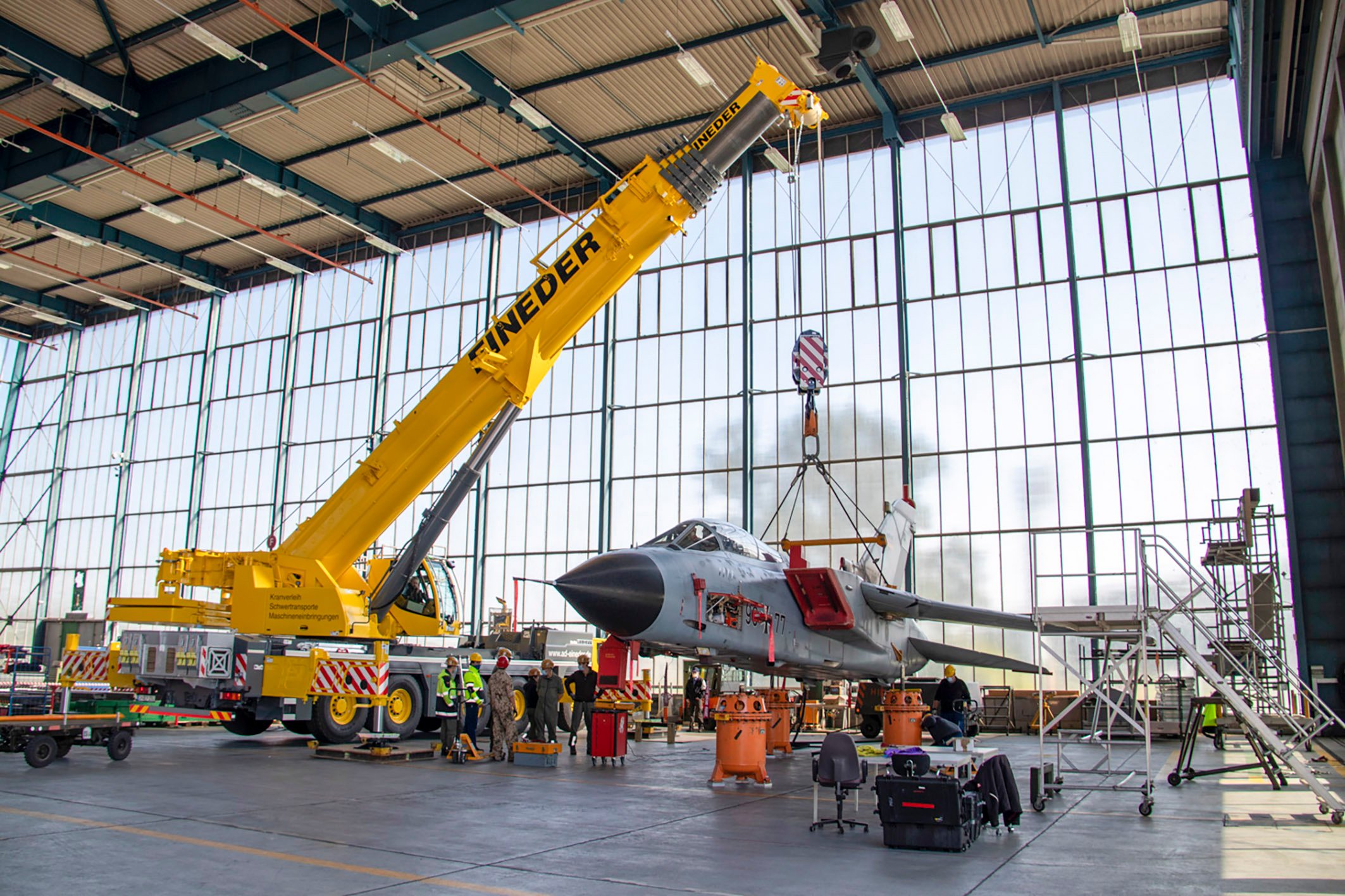